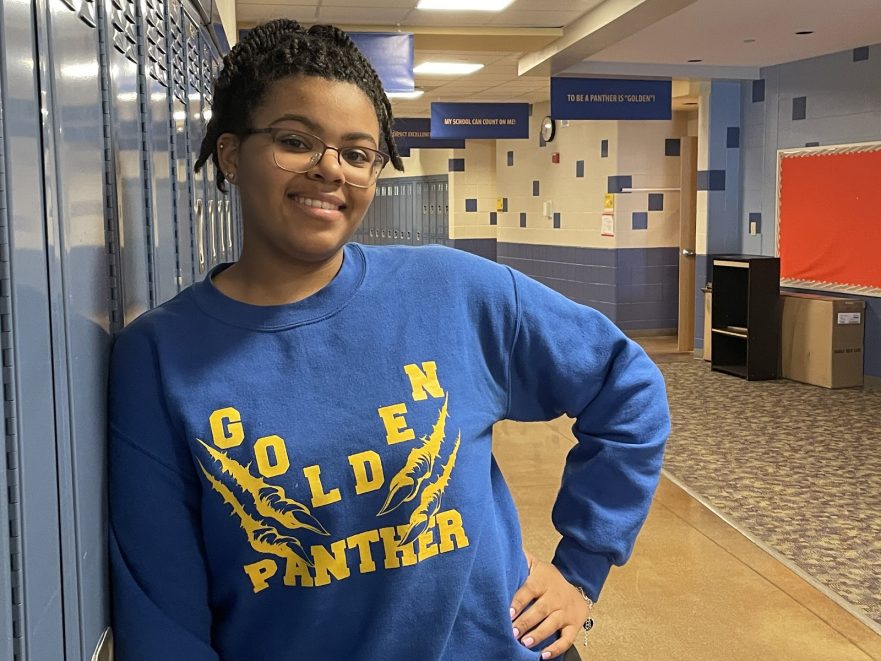 Shantele King, a senior at David H. Ponitz Career Technology Center, is one of two Ponitz students to be honored with a state-wide math recognition from TODOS, an affiliate of the National Council of Teachers of Mathematics.

This achievement recognizes students who have demonstrated sustained success and progress in mathematics, as well as leadership in or out of the classroom regarding mathematics education. King and her fellow classmate, Adam Washington, were each honored at a virtual conference at the end of October.

When King was asked to write an essay to accompany her nomination for the award, she said she did not think that she actually had a shot at winning. For many years, King did not enjoy math and did not consider herself particularly good at math. However, she said that changed when she came to Ponitz her freshman year because she had several teachers who helped her understand the material she had been struggling to grasp.

She credits their one-on-one attention with not only helping her to better understand math, but with leading her to actually enjoy her math classes. Eventually, she even thought it was fun to work out more difficult math problems.

“It really has to do with the teacher,” said King. “Math is a complicated subject. But it’s not as hard as people think it is. It has a lot to do with who’s teaching you, how they’re teaching you and if they’re explaining it to you the right way.”

Mr. John Foster, the Ponitz instructor who nominated King for the award, is one of the teachers she credits with her success.

At the awards ceremony, Mr. Foster said he appreciates that King comes to class with an open mind and desire to learn and grow. He also said both King and Washington are joys to have in class, and are perfect representations of dedicated, bright students.

King, a biotechnology student, and Washington, a dental student, will both graduate from Ponitz in the Spring.

Any cookies that may not be particularly necessary for the website to function and is used specifically to collect user personal data via analytics, ads, other embedded contents are termed as non-necessary cookies. It is mandatory to procure user consent prior to running these cookies on your website.